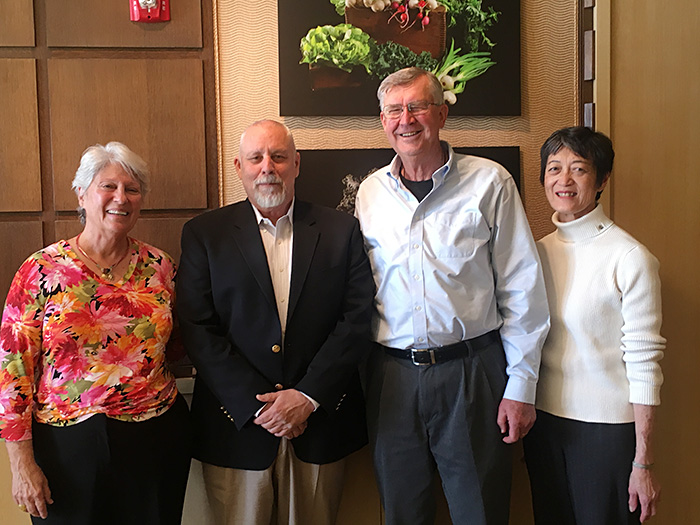 Slack season in a ski resort town when many locals have left for a beach or desert. Monday night after Easter weekend and the 8th day of Passover. Not a good time to schedule a new event, especially one that has to do with a World War II Christian martyr.

But three faith groups (Jewish, Lutheran and Seventh-day Adventist) in a very small community in Idaho did just that and about 150 people—including a considerable number of young people—arrived at a Community Campus auditorium on April 17 to view the Northwest premiere of Come Before Winter. Most of them also stayed for a Q&A session with the film’s producer Dr. Gary Blount and representatives from the sponsoring organizations.

Earlier post-screening discussions at other venues have focused on Bonhoeffer’s theology or political and ethical positions, historical facts of the German resistance, or details related to the creation of the film. This general community audience—not primarily a church family or gathering of theologians—responded to the film as a personal and collective call to action or as a presentation of lessons to be learned. One young viewer immediately said, “I liked that it was not preachy though it had a strong clear message.” The questions of what a Christian life would look like or how a responsible person would act in today’s world were raised. Someone expressed appreciation for the film’s wonderful depiction of simple but courageous human goodness in the face of evil.

People asked each other if individuals in this remote valley would speak up, take action, and care about another in the face of evil, injustice or human need. Pastor McCandless recalled that a local rabbi had conjectured that had only one in five Germans stood up to the Nazi regime, the holocaust might have been averted. In response to that, a woman stood up and expressed hope that in her community at least one, if not two or even three people in every five would rise to the occasion when there was wrongdoing. Furthermore, the Lutheran pastor Rev. Gerald Reinke pointed to the difference between conflict resolution (focusing on differences) and reconciliation (focusing on genuinely coming together) and the importance of diligent efforts on the latter. At the end, one person asked that everyone avoid using dehumanizing labels for other human beings so it wouldn’t be easier to mistreat others.

After becoming better acquainted while planning the Come Before Winter screening, the three co-sponsoring organizations are looking forward to additional activities together in the future.