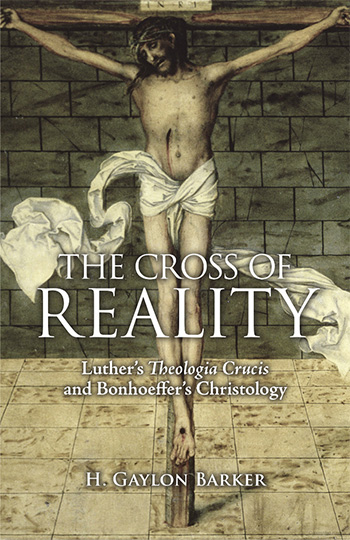 The Cross of Reality, a book by H. Gaylon Barker

In the June 2018 issue of the Contemporary Church History Quarterly, Kyle Jantzen, history professor at Ambrose University in Calgary and managing editor of the quarterly, penned a careful and lengthy review of Come Before Winter. The same issue includes another piece on a Bonhoeffer compilation as well as reports on discussions on the Mennonites and the Holocaust and the German Catholic Church as a Community of Hope.

Jantzen immediately calls out the challenge of blending two stories—Bonhoeffer’s final days in Tegel prison and Sefton Delmer’s attempt to demoralize German troops and turn public opinion against the Nazi movement through a radio disinformation and propaganda campaign. Jantzen finds the second narrative “less coherent” and oscillating “between humour and pathos.”

With the eye of a church historian specializing in 20th and 21st century Germany and Europe, Jantzen meticulously summarizes the content and creative construction of Come Before Winter. He calls out the comments of the numerous historical and theological experts and personal friends or acquaintances of Bonhoeffer included in the film and places a frame around key controversies.

"This section of the film contains interesting statements from several of the Bonhoeffer experts about the quest to kill Hitler. Schlingensiepen argues that Bonhoeffer’s extended conversation with German jurist, intelligence officer, and anti-Nazi Helmuth James von Moltke in April 1942 on the island of Rügen revolved around the theologian’s ethical justification for killing Hitler (23:40). When the head of state orders the death of thousands day by day, the only way to stop him is to kill him. Bonhoeffer believed that God left members of the Resistance free to do that, just as God left his son Jesus free to heal the sick on the Sabbath (24:44). Clements notes the difficulty of describing Bonhoeffer as either pacifist or assassin, given the complexity of his situation. Bonhoeffer deeply respected pacifism and knew the costs of war, but was it possible to preserve one’s innocence by doing nothing? (24:10). Rather than dogmatic militarism or pacifism, Bonhoeffer argued people must face their duty to God, and that they determine that duty based on the question of what the consequences will be for other people. This was also the basis for his counsel to other members of the Resistance (25:23). Ethicist Reggie Williams of McCormick Theological Seminary adds that Bonhoeffer acted out of faith, asking what Christ calls us to do in the crisis (25:43), while religion scholar Lori Brandt Hale of Augsburg College notes that Bonhoeffer’s choice to enter the Resistance wasn’t really a choice; he knew that it was necessary and that so few others understood."

In his final paragraph, Jantzen recommends two other films which are instructive in understanding the German resistance or Bonhoeffer’s place in history:

While Come Before Winter captures something of the power of Bonhoeffer’s martyrdom, in terms of an introduction to the German Resistance, I would still recommend Hava Kohav Beller’s fine documentary The Restless Conscience: Resistance to Hitler in Nazi Germany (docurama films, 1991), and for an introduction to Dietrich Bonhoeffer and the significance of his life, thought, and death, I would turn to the Martin Doblmeier documentary Bonhoeffer: Pastor, Pacifist, Nazi Resister (First Run Features, 2003).

Who is Jantzen in addition to working as a history professor?

"Outside of academics, I watch sports of all kinds (English and European soccer top the list), listen to all kinds of music (from U2 to ambient/electronic to praise and worship to 80s pop…), fumble on the bass guitar, serve in my local church, chair the Town of High River Heritage Advisory Board, bake lots of bread, bicycle and garden with my wife, and lead Reformation tours in Europe." Bonhoeffer would like this professor.