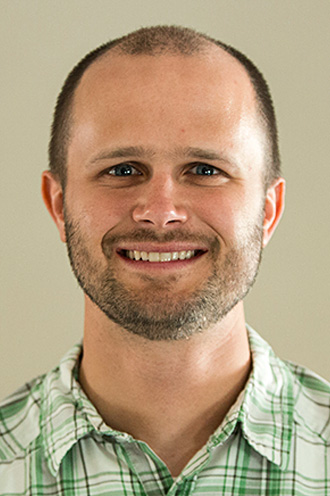 As a director, Kevin has a reputation for finding stories that connect with audiences in ways equally thought provoking, powerful, and empathetic. I’m Not Leaving, his documentary about the only American to remain in Rwanda during the 1994 genocide, has screened in dozens of countries around the world.

In his latest effort, Come Before Winter, a docudrama about the last days of Dietrich Bonhoeffer, crisis and faith again converge though this time with a sprinkling of mirth and historical intrigue.

An avid outdoors enthusiast, Kevin currently hails from southern California where he watches the mountains for snow and surfs in his dreams. 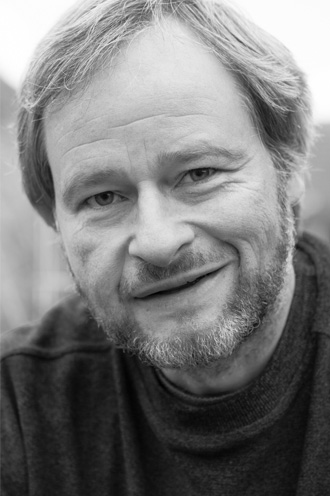 Hellmut Schlingensiepen is a documentary filmmaker and writer. He was born in Berlin (Germany) in 1965. Together with his wife he lives in Düsseldorf, they have two children. Schlingensiepen got his diploma at the 'Dortmund University of Applied Science and Arts' in 2001. Between 2005 and 2012 he published a trilogy of educational films about Christians in the German Resistance against Hitler. Currently he is working on a project about Martin Luther and the Reformation.

…Schlingensiepen About ‘Come Before Winter'

When Gary asked me, if I would be up for working with Kevin and him on ‘Come before Winter’, I said ‘yes’ straight away. I was curious to learn how Americans view Bonhoeffer. I was interested to view (German) history from a different perspective, as it were. And Gary’s focus on the last few weeks of Bonhoeffer’s life was new. I found the pairing of Bonhoeffer and Sefton Delmer a little daring at first, but I think we have made it work with Otto John as the real link and by turning Sefton Delmer into the narrator.

…How I Discovered Bonhoeffer?

Eberhardt Bethge was a close friend of my Father’s. They were both pastors for German congregation in England after the War. Bethge had been a student of Bonhoeffer’s and became his friend and then his biographer. Inspired by my Father I have been looking at Bonhoeffer and his work and also that of other Christian members of the resistance against National Socialism, as a writer and film maker, for over ten years. What is it that fascinates me personally about Bonhoeffer? It is the unshakable faith and the clarity of his actions; the unity of life and work. I am also impressed by the fact that egoism, which is behind so much of our behaviour today, has no place in the life of Bonhoeffer or Moltke. I believe that there is so much we can learn from these figures today. 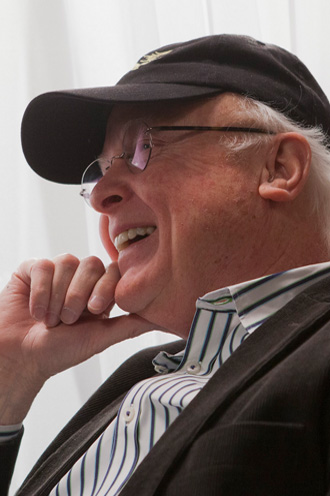 A native of southern California, Gary started his career as a Peace Corps Volunteer, returning to California to work for several years as a history teacher.  Always restless, he suddenly responded to an impulse to go to medical school and has practiced adolescent psychiatry for the past thirty years.  Like many in his cohort, he enjoys this specialty as it regularly addresses his own truncated adolescence and allows him to discharge his professional duties unfettered by the rules of logic and with minimal supervision and accountability.

His wife, Lee, is recognized as the brains of the operation and they share exceptional pride in their three children and five grandchildren. 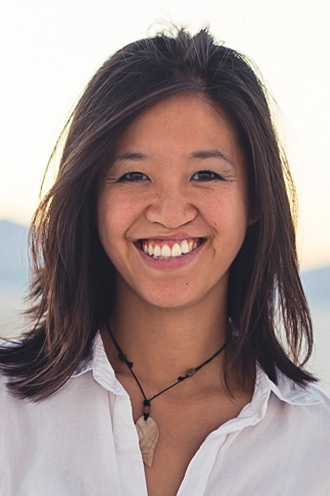 Tanya Musgrave is a photographer and cinematographer based in Los Angeles. She studied film production at Southern Adventist University’s School of Visual Art and Design in Tennessee, and continued to hone her artistic visionary skills as a portrait photographer. One of her images was chosen by Jamie Foxx in conjunction with Ron Howard for Canon’s Imaginat10n contest, as well as published in UK/London’s SquareMeal Weddings Magazine. She has also been a featured artist in online publications such as PetaPixel and SLRLounge.

Tanya has photographed and filmed a variety of projects all over the country and the world, from award-winning short films to advocacy. Her next venture is exploring commercial photography, and finding ways to bring meaning through powerful imagery. 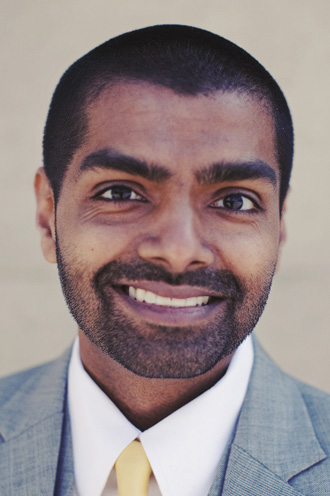 "Bonhoeffer is one of the most influential Christians of the last century and yet our churches don't seem to talk about him enough. This made the task of crafting vignettes from his life all the more challenging and exciting—it was a bold attempt to bring Dietrich to life for modern audiences."

Rajeev Sigamoney, M.F.A., Associate Professor for Film & Television at Pacific Union College, over the past 20 years has worked as a Writer, Producer, Engineer & Pastor. Driven by a passion to tell meaningful stories, Rajeev moved to Hollywood in early 2002 and shortly thereafter was a represented writer with Endeavor Talent Agency. During that time, he wrote and produced projects starring Oscar winner Octavia Spencer and Emmy winners Melissa McCarthy & Tony Hale, while completing deals for dozens of companies including Disney and Paramount. Recently, he created and wrote the 11-episode steampunk web series 'The Record Keeper,' produced by the General Conference and co-produced the feature-length film 'Old Fashioned,' released to 200+ theaters in the United States. He lives in Napa with his amazing wife, Brittnie, and is excited about developing the next generation of filmmakers. 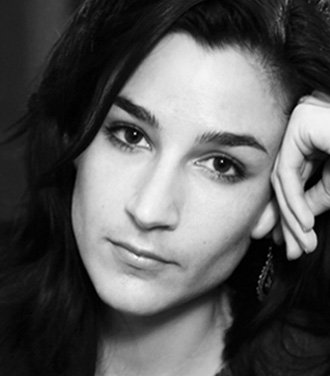 Melody George views film as a notably powerful medium, an art form with great potential to impact the goals and values of our culture. Melody trained at Southern Adventist University's School of Visual Art & Design. Some of her notable projects include "Marbles with Thoreau" (2008), the Emmy® award-winning documentary "End It Now: Understanding & Preventing Child Abuse" (2013), and the PBS documentary series "Life on the Line."

Melody now resides in Los Angeles and works as a writer, director, and editor. She recognizes cinema as an important tool, and her passion is to tell positive stories that uplift, entertain, and inspire. 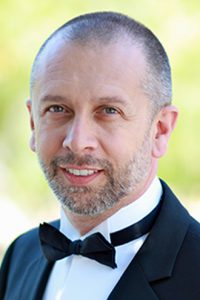 Composer and conductor Ariel Quintana was born in Libertador San Martin, Entre Rios, Argentina. He studied at the Universidad Adventista del Plata and the Universidad Nacional de las Artes in Buenos Aires. He graduated from the University of Southern California with a Doctor of Musical Arts in Choral Conducting degree under Dr. William Dehning, Dr. Morten Lauridsen and Dr. David Wilson. He was Assistant conductor of the Los Angeles Master Chorale from 2006 to 2010.

Currently, Dr. Quintana is the Director of Choral Activities at La Sierra University, Minister of Music at Loma Linda University Church and at First Presbyterian Church of Hollywood. He has recorded for TV shows and video games. His works are bring performed frequently by the Los Angeles Master Chorale and choral organizations across the US, Japan and South America. 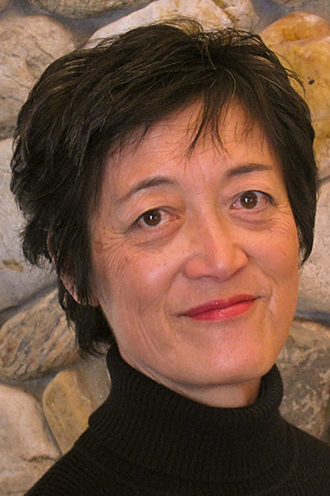 Though we are a few months late in doing so, it is a pleasure to formally welcome to our staff Juli Miller. She has an enviable record as a journalist and business development specialist and has been a dear friend for many years. Her volunteer work with our film has been too long unrecognized and we are most fortunate to continue to enjoy the benefits of her experience and professionalism.

What caught Juli’s attention, as she heard of our project last year, was the vehicle for telling the Bonhoeffer story—radio, the internet of the 30’s and 40’s. Her father had spent his whole career as a writer and producer for The Voice of America in the company of legends such as Edward R. Murrow and John Houseman. She tells some fine stories about growing up in and around those massively influential VOA studios in New York City and later Washington, D.C. 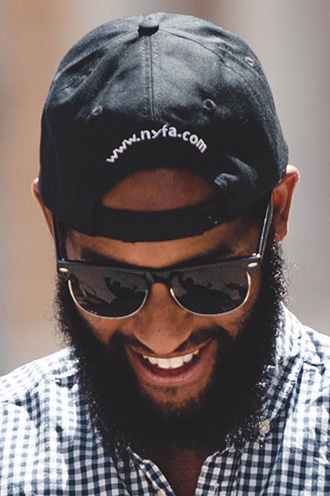 Theo Brown is a film director who resides in Los Angeles, California but was born and bred in Dallas, Texas. He went to Southern Adventist University but has now trekked west to LA, where he gets to work with incredible creatives and nonprofit organizations, filming in locations from India to Hollywood.

During his free time, Theo’s reading Spider-Man comics while searching out the best local pizza joints. He’s currently one of the creatives on Star Thieves, a sci-fi pilot that was successfully crowdfunded on Kickstarter. 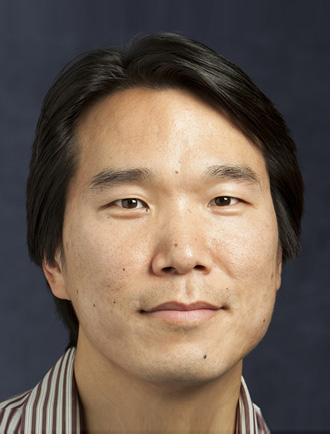 Paul has filmed across six continents on projects that explore issues in human rights, social justice, and the intersection of politics, religion, and civic engagement. His documentaries have played at international and domestic festivals, and his most recent short, A Life of the Mind, continues to screen in various festivals throughout the Midwest. An active presence at some of the leading film festivals in North America, his own contributions in organizing has helped bring together an incredibly diverse community of producers and filmmakers representing all corners of the industry including NBC, USA, Columbia Pictures, PBS, and numerous independent social documentary filmmakers.

His research and scholarship has resulted in an MFA from the American University in Washington, DC, a fellowship with the Center for Media and Social Impact through a grant from the Ford Foundation, and partnership on the New Media Literacy Project Exemplars with MIT’s Media Lab. Currently, he is the founder and director of the film program at Andrews University.

In his free time, he likes to explore the Great Lakes region with his family and the many world class culinary spots in Chicago.