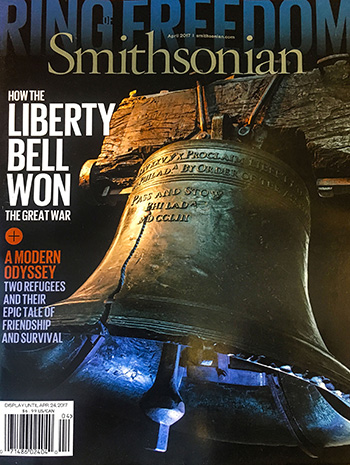 A new documentary rediscovers a World War II campaign that was stranger than nonfiction.

“Between 1941 and 1943, an exceedingly peculiar series of transmissions reached radio sets in Germany. The broadcaster called himself Der Chef, or the chief, and his Berliner accent and prodigious knowledge of military affairs suggested he was a high-ranking German of the old guard, probably an army officer.”

Thus opens the article entitled “Fighting the Nazis With Fake News” on page 22 of the April 2017 issue of Smithsonian Magazine. The writer Matthew Shaer provides examples of the disinformation campaign organized by British journalist Sefton Delmer and identifies him and his fake news factory as being the subject of the new documentary film Come Before Winter produced by Gary Blount.

“By most accounts the broadcasts were insidiously effective: Hitler’s high command repeatedly attempted to block the signal,” writes Shaer. After the war, Delmer resumed work as a journalist for Britain’s Daily Express and also produced a memoir in which he proudly revealed his role in the war effort as a source of Black Propaganda which reached an extensive audience.