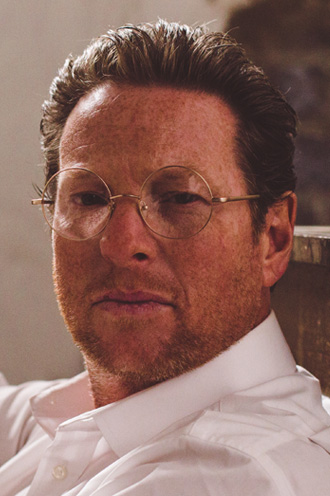 Gus Lynch was born in Buenos Aires, Argentina and was raised in New York City. His first language was Spanish. He currently resides in Los Angeles pursuing his acting career. Gus has always been intrigued by the sounds and patterns of speech of people from all over the world.

"When I saw a casting notice in Los Angeles for an actor that can do a German accent...I searched the internet for videos of English speaking Germans so I could begin creating the accent. As I read the casting notice in detail I learned the character's name was Dietrich Bonhoeffer. I'd never heard of him, so I did some internet searches and I was immersed in his world and the journey began. I was selected to audition by emailing a video of myself. I began the process of creating my version of Dietrich Bonhoeffer. The audition piece was an excerpt from a sermon taking place in a schoolhouse. Even though I was videotaping myself in my living room, I allowed my imagination to transport me 75 years back to a place and situation that I never experienced. I submitted my video and I eventually got a call from the director of the film who offered me the role of Dietrich Bonhoeffer.”

"On set, the producers and director of the film shared their wealth of knowledge on Dietrich Bonhoeffer which was extremely helpful in creating my performance. With each passing scene that we filmed, the magnitude of his theological writings became clearer to me. ”

"I salute the producers and director of the film for sharing their passion with me about this amazing man. This was an experience I'll always cherish." 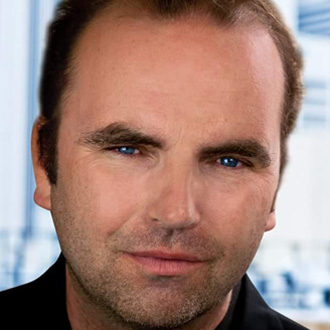 Aubrey Wakeling was born in St Albans, England. Classically trained, he has numerous film and TV credits to his name, including the lead in the Emmy winning Power of Art (BBC). He has lived in Los Angeles, California since 2010. 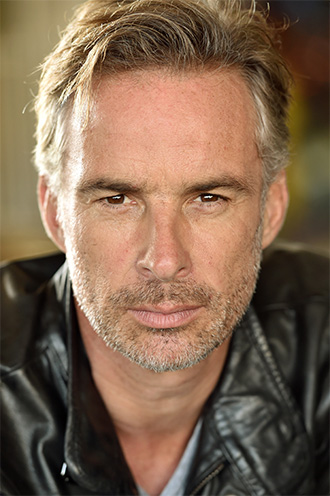 “I was fascinated to learn about Bonhoeffer and humbled to be a part of such an incredible story. However my abiding memory of making the movie was on location at the church in Redlands and talking to the caretaker about the wildlife. He told a story of sitting out on his porch with his cat and looking over his shoulder to find an owl silently hovering over the cat before ghosting away: spooky and beautiful! He then gave me an In and Out Burger gift card and I have no idea why.”

Born and raised in the South of England, Nick played Jesus in Superstar at the age of 17 and Jake in The Blues Brothers the same year. He served for 18 years as a Royal Marines Commando Officer, retiring as a Lt. Colonel in 2010. He then moved to LA where he studied at The Lee Strasberg Institute, spending summers as the Drama Director at Camp Mataponi. Since 2014 he has worked in film, TV, narration and voice-over in Los Angeles. Nick is passionate about rugby, occasionally writes poetry and rides a motorcycle. 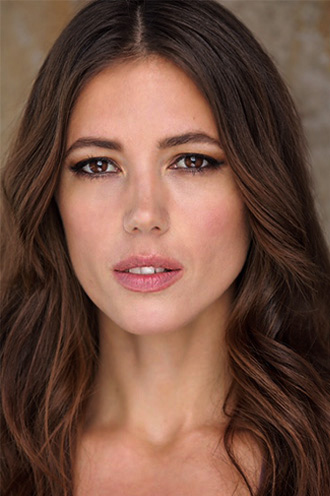 “Documentaries are my favourite genre of film so when I saw the breakdown for the role I immediately applied. It was a real pleasure to be involved in the re-telling of such an intriguing story relating to a pivotal time in history.”

Rebecca was born in Hampshire, England. She studied theater at Queen Mary's College and screen acting at the International School of Screen Acting in London, UK. She has appeared in many feature films, award winning shorts and international commercials. She made her theatrical debut playing the lead role in the psychological thriller The Spell; followed by The Gridiron, Silent Retreat, The Lovaganza Convoy, Black Hearts and Advantageous.

She is currently living in LA. 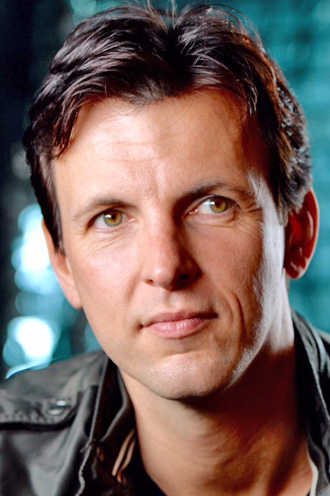 Born in Russia, Alex grew up in Antwerp (Belgium), in a mixed Flemish and French speaking community. While attending the local Flemish schools (first the Jesuit school and later the Saint Louis Business School), he also graduated from the Russian school at the Russian Embassy in Brussels.

Upon moving to Los Angeles, Alex studied Film at Santa Monica College. Splitting time between Belgium and LA, Alex built up Language Lane, a successful tutoring, translation and foreign business assistance corporation, which mainly worked with Russian and French conglomerates and assisted them in their transition to the US.

After getting his Greencard in 2011, Alex made the full time switch to acting and writing. Since then he has appeared in independent films for producers like Queen Latifah, opposite such actors as Larenz Tate (Crash, House of Lies), Charles Baker (Skinny Pete on Breaking Bad) and Meagan Good  (Deception, Minority Report), and on TV for a.o. Showtime and Netflix. He also wrote, produced and starred in two critically well received and internationally distributed shorts.

An avid athlete (swimming, boxing, long distance running, weights), he is currently developing two TV shows (a crime drama based on a true story and a supernatural drama) for the US and the international market, and a crime drama feature through his production company Spate Pictures. 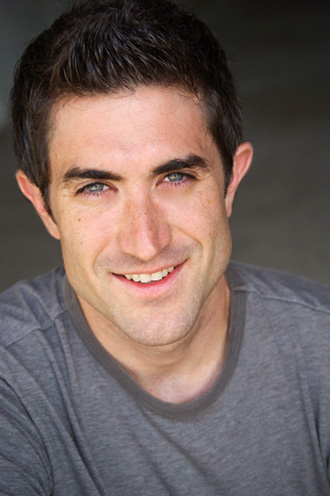 "I had two British dialect coaches, a German coach, a historical coach, and a smoking coach. It's always a pleasure to be part of a collaborative effort with many talented people that pitch in beyond what's required."

Actor, writer, teacher, coach.  Adjuct Professor in Drama at La Sierra University. MFA in Acting from the American Repertory Theater/Moscow Art Theater School at Harvard University. BA in Mass Communication with minors in drama and religion from Walla Walla University. Improv Training from The Groundlings Theater in Hollywood. Selected roles - American Repertory Theater: As You Like It (Old Adam, Silvius); The Snow Queen (Kai). A.R.T. Institute: Nutcracker Turbo (Nathaniel); Becket Shorts (Ru); Bob: A Life In Five Acts (Chorus 4). Other theater: The Crucible (John Proctor); The Accidental Death of an Anarchist (The Maniac); The Taming of the Shrew (Petruchio); The Complete Works of William Shakespeare Abridged; The Complete Works of Hollywood Abridged. 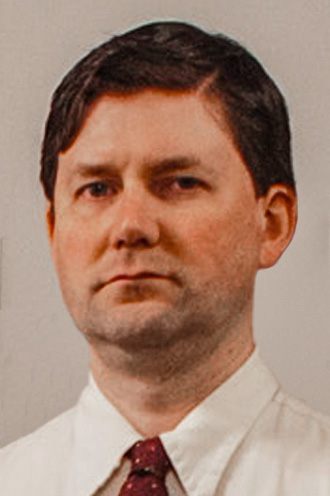 L. Kelly Reed is a professor of English at La Sierra University in Riverside, CA. He has been teaching there since 2002 and has been acting on stages for even longer. Come Before Winter is his first feature film.

Kelly also edits fiction for Red Adept Publishing, founded in North Carolina and operated via the Internet. He's been working with them for the last three years. He doesn’t like sipping wine or long walks on the beach; but, curling up on the couch with a good book or a bad Netflix movie is more his speed. Or Mountain Dew and pizza on game night. 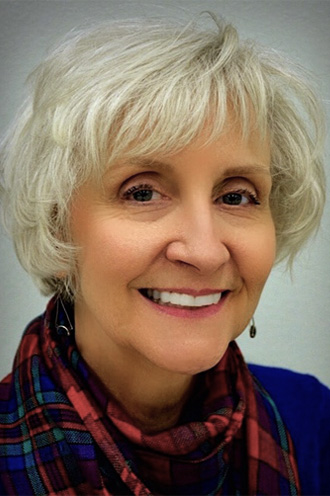 Deborah W. McFatter has had award-winning acting roles in area Southern California theatres since 1993. She has also done some television (The Family that Slays Together on Lifetime), film (“Prayers”, “Everready") and commercial work for tv and industry.

Her training includes theatre classes at California State University San Bernardino, Actors Co-Op in Hollywood, and Impro Studio Theatre School in Los Feliz. Deborah is also active in a local group of actors who explore both traditional and contemporary scripts read aloud. Her volunteer activities include story-telling for elementary school children and participating on the Women’s Council of Hero Women Rising. 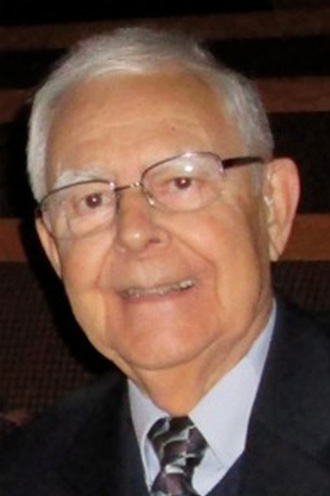 John D. Ruffcorn was born and raised in Minneapolis, Minnesota, served in the United States Army from 1945 to 1946, attended Union College in Lincoln, Nebraska from 1947 to 1951 and during that time married Carol Jean Johnson in 1950. He spent thirty eight years in hospital administration (Glendale Adventist Medical Center, Washington Adventist Hospital, Loma Linda University Medical Center) and seventeen years in church administration before retiring in 2005.

He currently lives in Grand Terrace, CA which has been the family home for the last forty years. During his administration at the Loma Linda University Church he became a charter member of Inland Temporary Homes whose facilities were used in scenes for this movie. 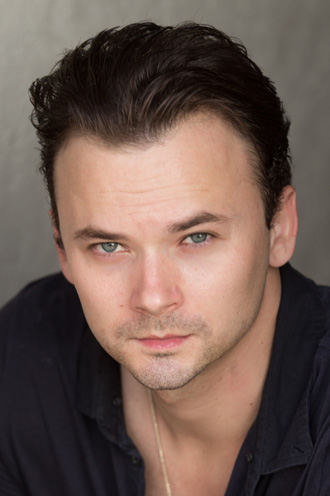 Alex Demkin is a Russian actor who was born and raised in Moscow, Russia. He graduated  from the Moscow Art Theater School where he studied the Stanislavsky technique. Not only a veteran of numerous stage productions, but he's also done many movies and commercials. 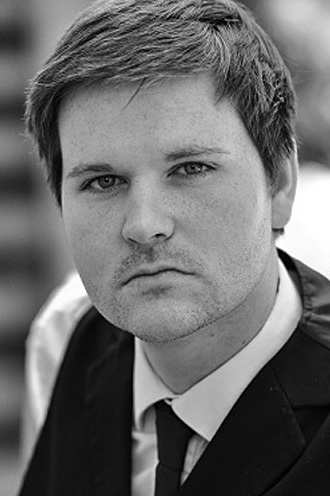 Brady Greer Huffman is an actor/director/storyteller/educator with numerous credits, both nationally and internationally. He has received honors working as an actor in Chicago and the Inland Empire of CA.

In 2009, he co-founded a non-profit theatre, The SchoolHouse Company, in Sioux Center, IA, which is still active and successful. As a playwright, he has adapted The Wonderful Wizard of Oz and The Jungle Book into full length dramas and has had his original drama, Parcel, staged at his alma mater, Northwestern, IA. 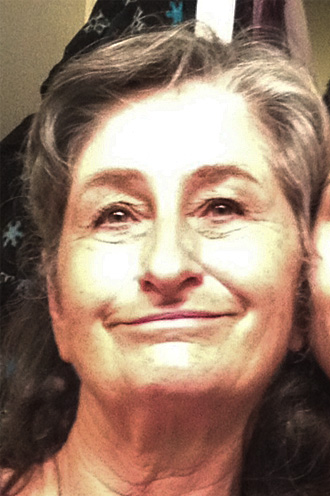 A student of religious liberty, Marylin is active in outreach promoting awareness of this year’s five-hundredth anniversary of the Protestant Reformation.  In sharing the video Roger Williams: Freedom’s Forgotten Hero, she encourages congregational discussion in remembrance of Reformation heritage and freedom of conscience.

In 2014, she produced a YouTube video, “Virgin Conscience,” a historical re-enactment of the codifying into law the ideology of freedom of conscience in young, post-Revolutionary America. The screenplay is available for live re-enactments and soliloquys of the founding documents of James Madison and Thomas Jefferson. Her video may be googled with keywords “YouTube Virgin Conscience.” 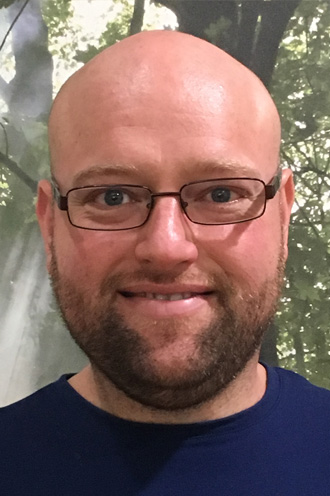 I'm currently a barber working in Loma Linda, CA with an electrical background and have been around the trades enough to learn a trick or two about building. It came in handy when this production called for my assistance in all three areas. It's not everyday you can go from building sets to running circuits for lighting to getting the actors hair just right. It's been fun, exciting and challenging to be a part of the process.