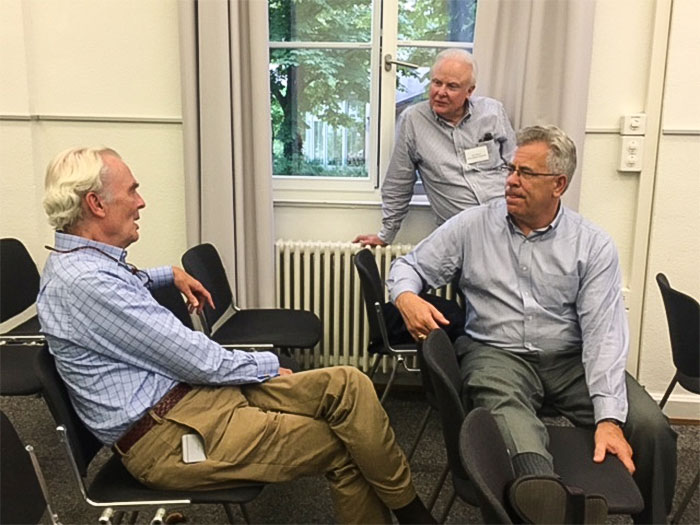 L to R: Jürgen Sciabrendorff (son of Fabian Sciabrendorff), Gary Blount (Producer), and John Mathews (Past President of the US International Bonhoeffer Society).

On July 8, 2016, the first screening of Come Before Winter in Basel evoked much emotion and positive response from the European audience. Jürgen Sciabrendorff, son of Fabian Sciabrendorff, who put the bomb—that did not detonate—on Hitler's plane in 1943, was on hand for the big event. John Mathews, past president of the U.S. International Bonhoeffer Society and interviewee in the film, also was present.