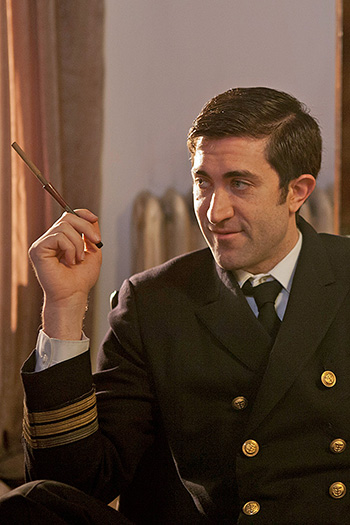 Wow, we are quite excited! This article written by Matthew Chernov, Variety's writer that specializes in anything to do with Ian Fleming, creator of Secret Service Agent 007. One of Gary Blount’s goals was to make a film that would appeal to both Christian and secular audiences. Gary, Kevin, Rajeev and Hellmut worked hard at creating a script that would tap into both worlds. Mission accomplished?

"Like the iconic character he created, Ian Fleming has been depicted on screen many times over the years. In 2014, Dominic Cooper was cast in the title role of the BBC miniseries “Fleming,” and just last year Sean Maguire played the author in an episode of the NBC science-fiction show “Timeless.” Others who’ve starred as Fleming in the past include Charles Dance, Jason Connery (son of Sean), Ben Daniels and James D’Arcy."

"And to this eclectic roster of actors we now add Scotty Ray, who portrays Fleming in a new indie docudrama..." Read More

Posted in Uncategorized
← Quiet on the Set! Lights, Sound, Cameras, Action…Come Before Winter Premieres in Australia →